According to Aaron Wilson, the 49ers hosted seven players for workouts on Wednesday including CB Saivion Smith. 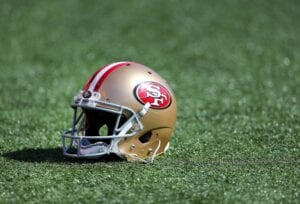 However, Jacksonville opted to waive him coming out of the preseason and he eventually signed on with the Cowboys last year. Dallas waived him in May and he was claimed by the Seahawks before being waived.

The Broncos signed him last month but was among their final roster cuts and re-signed him to the practice squad. Denver cut him loose last month.