Bears HC Matt Eberflus announced on Wednesday that C Lucas Patrick would miss the remainder of the season after undergoing surgery on his toe. 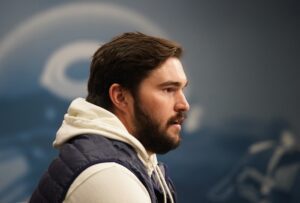 Patrick, 29, originally signed on with the Packers as an undrafted free agent out of Duke back in 2016. He was waived coming out of the preseason and spent his rookie season on the Packers’ practice squad.

Green Bay brought him back a futures contract for 2017 and later on exclusive rights deals.

In 2022, Patrick appeared in seven games for the Bears and made five starts between guard and center.