Kevin Fishbain and Adam Jahns of The Athletic are reporting that Bears defensive coordinator Chuck Pagano is retiring from the NFL. 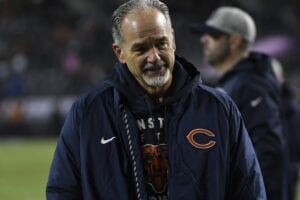 We’re still waiting to hear whether or not Bears GM Ryan Pace and HC Matt Nagy will return for the 2021 season. However, rumors are out there that the expectation is that both will be back.

Pagano, 60, spent a few years as the Ravens’ secondary coach before he was promoted to defensive coordinator in 2011. The Colts later hired him as their head coach a year later and he spent six years in Indianapolis before he was fired last year.

Pagano interviewed for the Bronco and Packers head coach jobs, but both teams elected to go in a different direction. He later agreed to become the Bears’ next defensive coordinator in 2019.

During his six years in Indianapolis, Pagano led the team to a record of 53-43 (55.2 percent) and three playoff appearances including an AFC Championship game appearance in 2014.