Albert Breer reports that the Bears are requesting to interview Dolphins executive Reggie McKenzie for their vacant GM position. 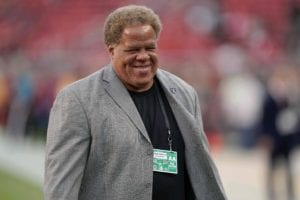 The following is a complete, updated list of the candidates interviewing for the position:

McKenzie, 55, is a former 10th-round pick of the Raiders back in 1985. He played for the Raiders, Cardinals, and 49ers before becoming an NFL executive in 1994.

After 18 years in Green Bay, McKenzie was hired by the Raiders as their GM in 2012. During his six years in Oakland, McKenzie’s teams have gone 39-70 including one playoff appearance.

He was fired from his position with the Raiders when Jon Gruden took full control of the organization.

We will have more news on the Bears GM search as it becomes available.