According to his agent Brian McLaughlin, the Bears are signing K Michael Badgley after a successful workout with the team. 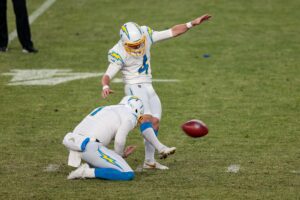 The Bears are also elevating RB Darrynton Evans from their practice squad.

Badgely, 27, originally signed with the Colts as an undrafted free agent out of the University of Miami in 2018, but Indianapolis waived him before the season began.

This past offseason, Los Angeles tendered Badgley a qualifying offer, and Badgley re-signed with the team on a one-year, $1.1 million deal. He signed on with the Titans but was released after a week and signed back with the Colts.