According to Field Yates, the Bears brought in a group of players including CB Vernon Hargreaves for a workout on Thursday. 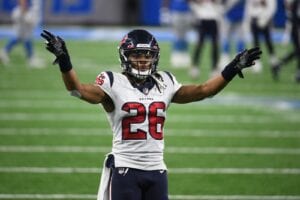 Aaron Wilson has the full list of tryouts from Thursday for Chicago:

Hargreaves, 27, is a former first-round pick of the Buccaneers back in 2016. He was entering the final year of his four-year, $14.17 million rookie contract when the Buccaneers exercised his fifth-year option for 2020 at $9.9 million.

In 2021, Hargreaves appeared in four games for the Bengals and eight games for the Texans, recording 31 total tackles, one interception and three pass deflections.