According to Tom Pelissero, the Bears are waiving rookie WR Dazz Newsome on Tuesday. 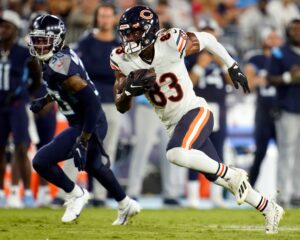 Newsome, 22, is a sixth-round pick in the 2021 NFL Draft out of North Carolina. He’s in the first year of his four-year, $3.6 million rookie contract.