The Cincinnati Bengals announced a series of roster moves on Tuesday for their Week 16 game. 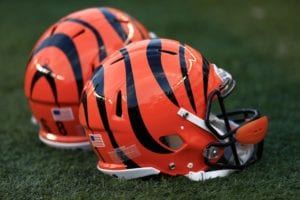 Bachie, 23, wound up going undrafted out of Michigan State back in 2020. He signed a rookie contract with the Saints and spent most of his rookie season in New Orleans.

Bachie had a brief stint with the Eagles before the Bengals signed him to their practice squad coming out of the preseason this past September.

In 2021, Bachie appeared in nine games for the Bengals and recorded 29 tackles and one pass deflections.