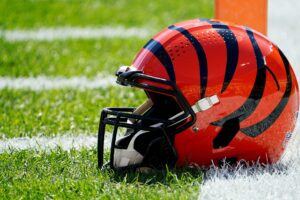 Hendrickson, 27, was selected with the No. 103 overall pick by the Saints out of Florida Atlantic in 2017. He finished his four-year rookie contract worth $3,106,288, which includes a signing bonus of $706,284 before signing a four-year, $60 million contract with the Bengals this past March.

In 2021, Hendrickson has appeared in 16 games for the Bengals and recorded 34 tackles, 14 sacks and three forced fumbles.