According to Tom Pelissero, Bengals LS Clark Harris has a torn biceps and will be out for a while. 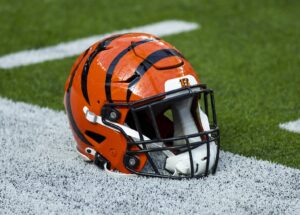 To replace him, Cincinnati is promoting rookie LS Cal Adomitis from the practice squad. Harris won a training camp competition against the rookie this summer.

Harris, 38, is a former seventh-round pick of the Packers back in 2007. He was in the final year of his contract and set to make a base salary of $1.01 million for the 2018 season when he signed a two-year extension with the Bengals.

He signed another one-year extension for the 2022 season last year.

Harris has been the Bengals long snapper since 2009 and started 202 games for the franchise.