According to Ben Baby, Bengals RB Pooka Williams has been suspended for two games after violating the league’s performance-enhancing substances policy. 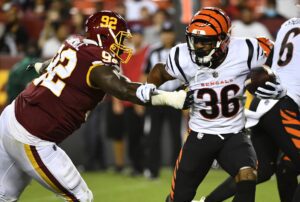 He signed with the Bengals as an undrafted free agent and was added to their practice squad.