The Buffalo Bills announced a series of roster moves on Saturday for their Week 3 matchup against the Dolphins. 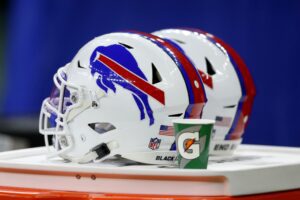 Hyde was set to make a base salary of $4.05 million for the 2021 season and would have been an unrestricted free agent in 2022 when the team restructured his deal.

In 2022, Hyde appeared in two games for the Bills and recorded seven total tackles.