The Buffalo Bills have fired head coach Chan Gailey after three years with the team.

Gailey led the Bills to an underwhelming 16-32 record, is its hardly surprising that they would look to move on. Buffalo spent a good deal of money on their defensive line and appeared to be poised for a breakout year, but their offense really struggled with turnovers and their defense never lived up to expectations, although the hiring of Dave Wannstedt probably had something to do with that.

It’s unclear whether or not GM Buddy Nix will be back next season. He’s as responsible for the Bills poor performance as Gailey is, so it will be interesting to see if he’s still around by the end of the week.

Gailey could eventually find work as an offensive coordinator, but it’s highly unlikely that he’ll get another head coaching job. 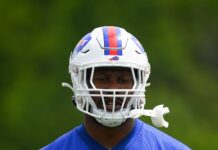 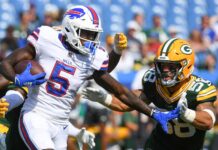