The Buffalo Bills announced a series of roster moves for Week 17 on Monday. 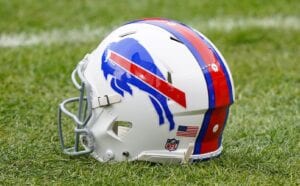 Boettger, 27, wound up signing on with the Bills as an undrafted free agent out of Iowa back in 2018. He received a three-year, $1.71 million deal but was waived coming out of the preseason.

The Chiefs claimed Boettger off waivers before waiving him a little over a week later. The Bills claimed Boettger back and he’s remained on the team since. Buffalo re-signed him as a restricted free agent heading into 2021.

In 2021, Boettger appeared in 14 games for the Bills and made nine starts.