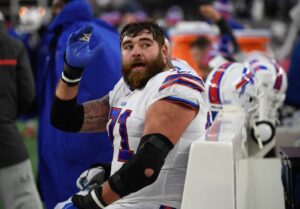 Ian Rapoport adds it’s a four-year deal for Bates, who will stay in Buffalo despite interest from a number of teams.

The original round tender for Bates was $2.433 million.

Bates, 25, wound up going undrafted out of Penn State back in 2019. He agreed to a three-year, $1.755 million contract with the Eagles soon after.

The Bills traded DE Eli Harold to the Eagles in exchange for Bates back in 2019.

In 2021, Bates played in all 17 games for the Bills, making four starts for them at different positions.