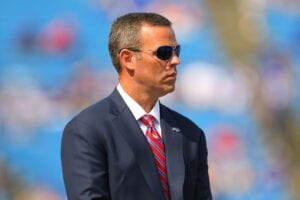 Bills owners Terry and Kim Pegula issued the following statement regarding the news:

“Brandon is an outstanding leader, and he has brought a great level of stability throughout our organization. One of the things we appreciate and respect about Brandon is that he is very thorough in his decision-making process. No decision he makes comes without a great deal of study and research. We appreciate his strong communication skills, and he works extremely well with us, with Sean and with all levels of the organization. We are happy to extend his contract and to have Brandon and Sean leading our football team for many years to come.”

Meanwhile, Bills HC Sean McDermott said in a statement there’s no one else he would rather work with as GM than Beane:

“My view on Brandon hasn’t changed since the day we first met,” McDermott explained. “When I was around him in Carolina he always had a great way about him, in particular with people skills. Then to me, a great balance of the business and the operation and then also blending the football side, that’s unique around the league.

“I think for most GMs to have that experience on the business side of the football end of things, I really can’t envision myself working with anybody else but Brandon moving forward. For coaches, as I mentioned earlier, it’s one thing to be a good coach and develop players. But if you’re not being fed good players, it’s almost like drinking from a from a dry hose. That’s a hard thing to sustain over the course of time. So being fed good players, being fed players that match what we’re looking for, Brandon has done a phenomenal job. I can’t envision myself working with any other GM.”

Beane was the director of football operations for the Panthers from 2008-2014 and worked his way up to assistant GM in 2015.

The Bills hired Beane as their GM for the 2017 season and he’s remained in Buffalo ever since.

Since taking the Bills’ job, Beane’s teams have produced a record of 34-26 over the course of four seasons, which includes two playoff appearances that should increase to three in the coming weeks. 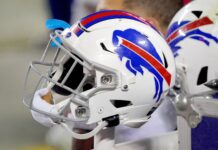