“The Vikings continue to hold discussions with offensive line coach Rick Dennison regarding the NFL-NFLPA COVID-19 protocols for training camp and preseason games. At this time, coach Dennison does not have an exemption to the vaccination requirements.”

According to Courtney Cronin, the Vikings have parted ways with OL coach/run game coordinator Rick Dennison after he refused to receive the COVID-19 vaccine and promoted assistant OL coach Phil Rauscher to replace him. 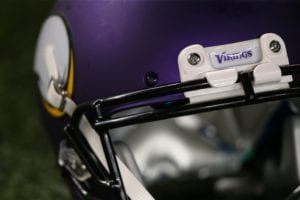 Cronin notes that the vaccine is required for all Tier 1 staff, including coaches, front-office executives, equipment managers, and scouts.

Dennison becomes the first NFL coach to part ways with an organization due to refusing the COVID-19 vaccine.

Dennison, 63, began his NFL coaching career with the Broncos as an offensive assistant back in 1995. He spent 14 years in Denver before joining the Texans as their offensive coordinator.

Dennison spent one year with the Ravens as their QBs coach before returning to the Broncos as their offensive coordinator in 2015.

The Bills hired Dennison as their offensive coordinator last year. However, the fired him after just one season in Buffalo. He was hired by the Jets in 2018 as their OL coach and run game coordinator before joining the Vikings to the same position a year later.