Mike Klis reports that the Broncos plan to activate WR Kendall Hinton for the second week in a row and are also planning to activate DL Jonathan Harris. 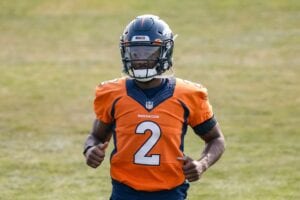 Hinton, 25, wound up going undrafted out of Wake Forest back in 2020, later signing a three-year rookie contract with the Broncos.

He then gained recognition after he appeared for the Broncos as their emergency quarterback in 2020.