Per the NFL transaction wire, the Broncos claimed CB Essang Bassey off waivers from the Chargers. 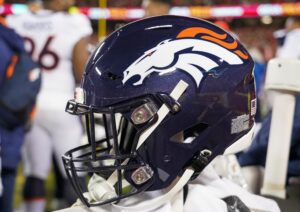 Bassey, 23, signed with the Broncos as an undrafted free agent out of Wake Forest following the 2020 NFL Draft. Bassey made the active roster coming out of camp his first two years but was waived in December and claimed by the Chargers.

For his career, Bassey has appeared in two games for the Broncos and Chargers and recorded one total tackle.