The Denver Broncos announced Thursday that they completed their interview with Bengals OC Brian Callahan for their head-coaching job. 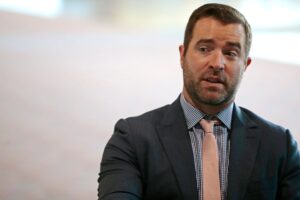 Here’s the updated list of candidates for the Broncos’ job:

Callahan, 37, began his coaching career as an assistant for the Broncos. He worked his way up to offensive assistant before departing to become the Lions QBs coach in 2016.

Callahan had a brief stint with the Raiders before being hired as the Bengals’ offensive coordinator in 2019.

We will have more news on the Broncos head coaching search as it becomes available.