The Denver Broncos announced that team owner Pat Bowlen has made the decision to relieve Josh McDaniels of his coaching duties. As of now it appears that Ed Donatell will take over as head coach but that has yet to be confirmed.

The move isn’t all that shocking but the timing is a bit odd. McDaniels has had a turbulent tenure with the team and is a miserable 5 – 17 dating back to last season. The team has come under plenty of scrutiny for its roster decision and the recent spy-gate incident.

This move will no doubt start a flurry of Tim Tebow speculation as to when he will get the chance to lead the teams offense. Unfortunately for McDaniels, he will not get the chance to use the Tebow wildcard to save his job. 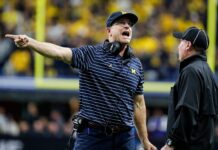