According to Aaron Wilson, the Broncos signed DT Akeem Spence to their practice squad on Tuesday. 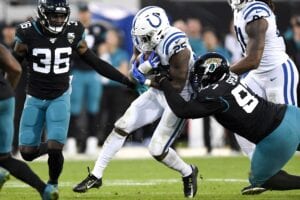 From there, he had a brief stint with the Jaguars before signing on with the Patriots last year. He returned to New England last offseason but was among their final roster cuts coming out of the preseason. Washington briefly signed him earlier this month but cut him loose after a week.