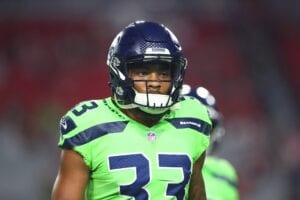 Thompson, 25, is a former fourth-round pick of the Seahawks back in 2017. He was entering the final year of his four-year, $3.07 million contract when Seattle released him in March.

The Chiefs signed Thompson to a contract soon after before waiving him last week.

Seattle had earlier given Thompson permission to seek a trade but apparently found no takers. Thompson lost his starting job last season after the Seahawks traded for S Quandre Diggs.

Thompson was waived earlier in the week and later claimed by the Browns.

In 2020, Thompson has appeared in eight games for the Chiefs and recorded 13 tackles and no interceptions.