Josina Anderson reports that Browns DE Takk McKinley does, in fact, have a torn Achilles as the team feared and will obviously be out for the remainder of the season.

Ian Rapoport reports that the Browns fear DE Takk McKinley suffered a torn Achilles during Monday’s loss to the Raiders. 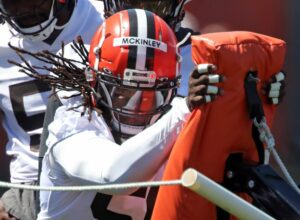 McKinley’s knee/ankle buckled while trying to get around the edge. He was unable to put any pressure on his left leg before being carted off the field.

Following his stint with the Raiders, the Browns signed McKinley to a one-year deal this past offseason.

In 2021, McKinley has appeared in 10 games for the Browns, accruing 18 total tackles including three tackles for loss. He’s also tallied 2.5 sacks and a forced fumble on the season. 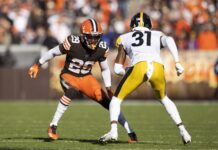