According to Aaron Wilson, the Browns are bringing in free-agent QB Kyle Lauletta for a visit this week. 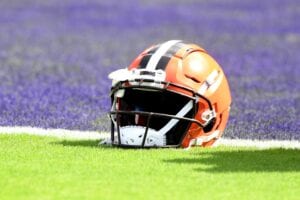 Lauletta, 25, was selected in the fourth round by the Giants out of Richmond in 2018. He signed a four-year, $3,167,700 with the Giants but was waived coming out of the preseason in his second year.

The Eagles signed Lauletta to the practice squad and brought him back on a futures deal for the 2020 season. However, Philadelphia later waived him in August and he then signed on to the Falcons practice squad.

In 2018, Lauletta appeared in two games for the Giants and completed 0-5 pass attempts with an interception.

Baker Mayfield Says Browns Would Have To Initiate Reconciliation