According to Aaron Wilson, the Browns are signing LB Dakota Allen to a contract. 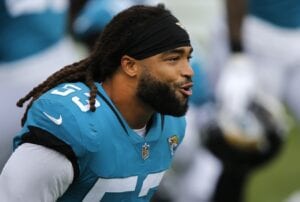 From there, Allen was added to the Rams’ practice squad before Jacksonville signed him to their active roster towards the end of the 2019 season. He remained with the Jaguars through the 2021 season.

In 2021, Allen appeared in 14 games for the Jaguars and made one start. He recorded nine tackles and also forced a fumble.