Field Yates of ESPN reports that the Buccaneers recently converted $5 million of G Ali Marpet‘s contract into a guaranteed roster bonus and added two voidable years to his contract. 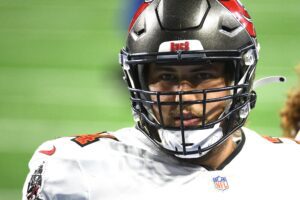 This created $4 million of cap space for the Buccaneers to work with.

In 20210, Marpet has appeared in two games for the Buccaneers, making two starts for them.