Tom Pelissero of NFL Media reports that the Buccaneers are signing RB Le’Veon Bell to a contract, pending physical. 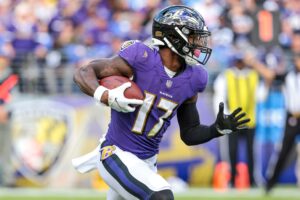 Buccaneers RB Leonard Fournette suffered an injury on Sunday during their loss to the Saints. Tampa Bay will start Ronald Jones in his place, but it certainly doesn’t hurt to add some depth at the position.

The Ravens signed Bell to their practice squad and eventually added him to their active roster. He was waived last month.