The Arizona Cardinals announced they are elevating four players including DE Josh Mauro, who signed this week. Mauro is a standard elevation while the team also has three COVID replacements including LB Joe Walker, G Danny Isidora, and TE Ross Travis. 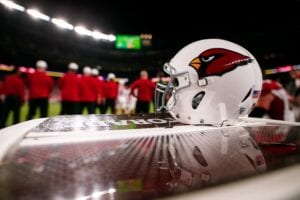 Mauro, 30, originally signed on with the Steelers as an undrafted free agent out of Stanford back in 2014. He was later waived and re-signed to their practice squad at the start of the regular season.

The Cardinals eventually signed Mauro off of the Steelers’ practice squad and elected to bring him back on an exclusive rights contract before signing him to a two-year, $5.8 million contract in 2017. From there, he had a brief stint with the Raiders before signing on with the Jaguars.

The Jaguars cut Mauro loose and he eventually returned to the Cardinals. However, Arizona released him coming out of the preaseason.

In 2020, Mauro appeared in three games for the Cardinals and recorded five tackles and a sack.