Ian Rapoport of NFL Media reports that Cardinals S Budda Baker is playing through a torn ulnar collateral ligament in his thumb that will require surgery. 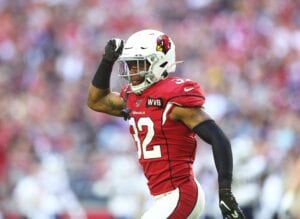 According to Rapoport, Baker plans to suit up in Week 3 and then have the surgery this week. Others such as Saints QB Drew Brees have missed six weeks with this injury, but Rapoport says Baker hopes to miss just one game, which would be their Week 4 contest against the Panthers.

It’s possible that Baker may also be forced to miss Week 5’s game against the Jets, but the expectation from there is that he could be back with a brace or a cast by Week 6.

Baker, 24, was drafted by the Cardinals in the second round out of Washington in 2017. He was entering the final year of his four-year, $6.829 million rookie deal and will make a base salary of $1.39 million in 2020 when he agreed to a new four-year, $59 million extension with Arizona this past August.

Baker is currently the highest-paid safety in the NFL.

In 2020, Baker has appeared in two games for the Cardinals and recorded 20 tackles and no interceptions. 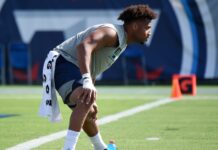