Tom Pelissero reports that the Cardinals flew CB Bashaud Breeland to sign with them on Monday. However, Breeland tested positive for COVID-19 upon arrival.

Even so, Pelissero says it sounds like the Cardinals will still sign him to a contract once he’s cleared.

There were a handful of playoff teams that wanted to sign Breeland after his recent release, according to Pelissero.

Josina Anderson reports that the Cardinals are signing CB Bashaud Breeland to a contract on Monday. 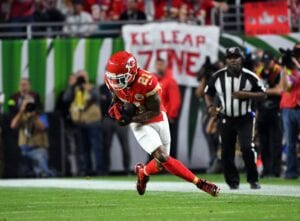 Breeland was among the players who visited with the Cardinals and it appears as though he was impressive enough to earn an offer from the team.

Breeland was waived last week after he got into a verbal altercation at practice with coaches, took off his cleats, and sparred with multiple teammates who were trying to calm the situation.