According to Ian Rapoport, the Chargers are expected to bring in 49ers DC Robert Saleh for a second interview. 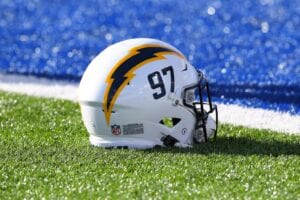 Saleh is in high demand for head-coaching jobs right now and it’s to the point where it would be surprising for him to not land an opportunity in the coming days. He’s starting to make his way through the second round of a couple interview processes.

We’ll have more on the Chargers’ coaching search as the news is available.