Tom Pelissero of NFL Media reports that the Chargers are expected to hire Joe Barry as their defensive passing game coordinator and linebackers coach under new HC Brandon Staley. 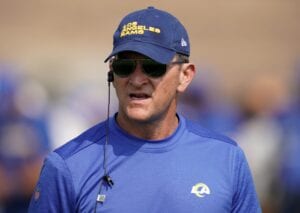 Barry worked with Staley this past year while they were together with the Rams.

It’s worth mentioning that Barry came up as a candidate for the Raiders’ defensive coordinator job before they hired Gus Bradley.

The Rams later signed Barry as their assistant HC/LBs coach.