Jeff Duncan is reporting that the Chargers and Seahawks have sought permission to interview Saints quarterbacks coach Joe Lombardi for their vacant offensive coordinator positions. 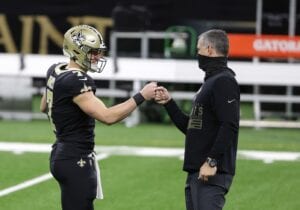 Lombardi, 49, began his coaching career at Dayton back in 1996 as their DL coach. From there, he worked for a number of schools before eventually taking his first NFL coaching job with the Falcons in 2006 as a defensive assistant.

The Saints would hire Lombardi a year later and he worked his way up to QBs coach before being hired as the Lions’ offensive coordinator for the 2014 season. He was replaced after two seasons and returned to the Saints as their QBs coach in 2016.