The Kansas City Chiefs brought in four free agents for visits this week, according to Aaron Wilson. 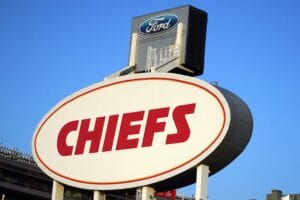 The full list of players who will be visiting with Kansas City includes:

Clark, 23, wound up going undrafted out of Georgia before signing a three-year, $2.28 million contract with the Bengals. He was later waived by the Bengals and signed on with the Bears practice squad in December, yet was waived again a few weeks later.

During his four-year college career at Georgia, Clark recorded 119 tackles, 19.5 tackles for a loss, 6.5 sacks, a fumble recovery, and three passes defended over the course of 47 games.

Gore, 25, signed with the Chargers as an undrafted free agent out of Louisiana Monroe in 2019. He was waived coming out of the preseason and briefly re-signed to the Chargers’ practice squad before being cut again.

In four preseason games with the Chargers, Gore ran for 64 yards and a touchdown on 12 attempts (5.3 YPC), caught one pass for eight yards and returned a kickoff 13 yards.