The Indianapolis Colts officially claimed DT Khalil Davis off of waivers from the Buccaneers on Monday, according to Aaron Wilson. 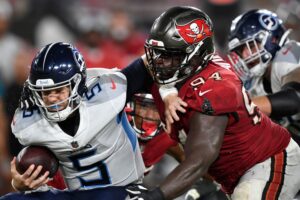 In 2020, Davis appeared in two games for the Buccaneers and recorded two tackles and no sacks.