Ben Standig reports that the Commanders are placing DE Chase Young on the physically unable to perform list as he recovers from ACL surgery. 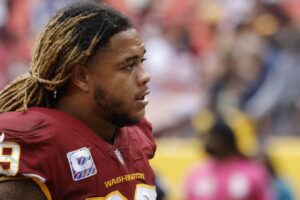 The commanders confirmed the news and announced the following roster moves:

Young, 23, was a two-year starter at Ohio State and was a first-team All-American when Washington used the No. 2 overall pick in the 2020 NFL Draft on him. He was later named the NFL’s Defensive Rookie of the Year for the 2020 season.

In 2021, Young appeared in 10 games for Washington, recording 25 tackles and one and a half sacks.

We will have more news on Young as it becomes available.