According to Mike Garafolo, the Cowboys are signing CB Mackensie Alexander to their practice squad on Tuesday. 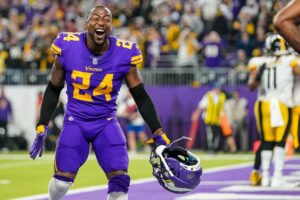 Alexander, 29, is a former second-round pick of the Vikings out of Clemson back in 2016. He played out the final year of his four-year, $4.316 million contract before agreeing to a one-year, $4 million contract with the Bengals.

Alexander was once again testing the open market as an unrestricted free agent in 2021 before agreeing to return to his original team. He signed on with the Dolphins back in August but was among their final roster cuts coming out of the preseason.

In 2021, Alexander appeared in 16 games for the Vikings and recorded 51 total tackles, no interceptions, and five passes defended.