According to Albert Breer, the Cowboys are bringing in defensive ends Avery Moss and Stacy Keely for tryouts this week. 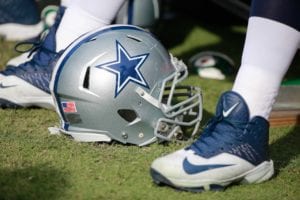 Moss, 25, was drafted by the Giants in the seventh round out of Youngstown State in 2017. He was entering the second year of his four-year, $2.65 million rookie contract when New York waived him coming out of the preseason in 2018.

Moss caught on with the Giants practice squad and spent the rest of the season there. He was brought back on a futures deal for the 2019 season but waived again coming out of the preseason. He was claimed by the Dolphins before being waived in July.

He re-signed with Miami last month but was among the team’s final roster cuts coming out of training camp.

In 2019, Moss appeared in 11 games for the Dolphins, recording 25 total tackles and one forced fumble.