Tom Pelissero of NFL Media reports that the Dolphins have placed a request to interview 49ers OC Mike McDaniel for their head-coaching vacancy. 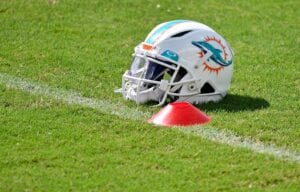 Miami is just getting started making interview requests and has also placed one for Bills OC Brian Daboll.

McDaniel, 37, began his coaching career as an intern with the Broncos in 2005. He’s worked as an assistant with the Texans, Redskins, Browns and Falcons before joining the 49ers in 2017 as their run-game coordinator.