According to Adam Schefter, the Dolphins are signing TE Adam Shaheen to a two-year contract extension that can be worth up to $7.85 million. 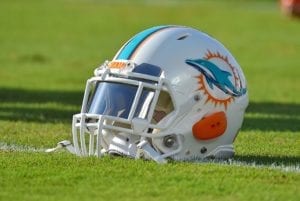 Shaheen was set to be an unrestricted free agent this offseason following the trade that sent him from the Bears to Miami, so this secures his future a little more, along with netting him $3.2 million guaranteed.

In 2020, Shaheen has appeared in six games for the Dolphins and recorded five receptions for 58 yards receiving (11.6 YPC) and two touchdowns. Pro Football Focus has him rated as the No. 10 tight end out of 66 qualifying players.