The Miami Dolphins officially waived DB Nate Brooks from injured reserve with a settlement on Friday. 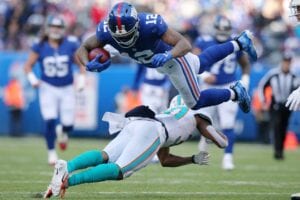 Brooks, 24, wound up going undrafted out of North Texas back in 2019. He later signed a three-year, $1.755 million contract with the Cardinals.

However, Arizona waived him at the start of the regular season and he later signed on to the Patriots’ practice squad. The Dolphins added him to their active roster late last year before placing him on injured reserve last weekend.

In 2019, Brooks appeared in three games for the Dolphins and recorded 11 tackles and two passes defended.