Ian Rapoport reports that the Dolphins have informed RB Kalen Ballage that they are cutting him. 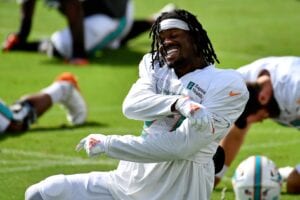