According to Tom Pelissero, the Falcons are signing P Bradley Pinion to a one-year deal on Thursday. 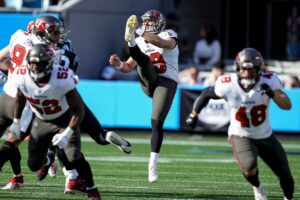 Pinion, 28, is a former fifth-round pick of the 49ers out of Clemson back in 2015. He played out his four-year rookie contract with the 49ers and was testing the open market for the first time in his NFL career when he signed a four-year, $11 million deal with the Buccaneers.

He was entering the final year of that deal and scheduled to make a base salary of $2.9 million in 2022 when Tampa Bat cut him loose last week.