Doug Kyed reports that former Packers CB Kevin King is skipping the 2022 season in an attempt to get healthy, as he remains unsigned heading into Week 3. 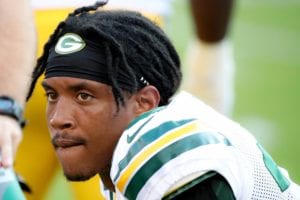 Kyed adds that King turned down contract offers in order to stay committed to his plan of returning to full health, after dealing with a concussion, COVID-19, hip, knee, and shoulder injuries in 2021.

King, 27, is a former second-round pick of the Packers back in 2017 after they elected to trade down with the Saints. For moving back a few spots, the Packers picked up an additional fourth-round pick that they used on OLB Vince Biegel.

King played out the final year of his four-year, $7.08 million contract before returning to Green Bay on a one-year contract.

In 2021, King appeared in 10 games for the Packers and recorded 29 tackles and one interception.

We will have more news on King as it becomes available and have him listed in our Top 100 Available Free Agents list.

NFLPA Plans To Have New Executive Director By 2025