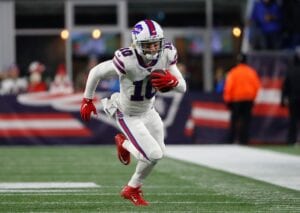 However, Wilson says that Beasley can afford to be selective in terms of who he signs with and is ideally looking to join a contender.

Beasley has reportedly been recruited by NFL coaches and Wilson believes it’s just a matter of time before he signs with a new team. Although, Wilson does add that no deal is imminent right now.

Mike Garafolo previously noted that Beasley has ties to the Giants’ coaching staff from their time together in Buffalo.

NFLPA Plans To Have New Executive Director By 2025