The New York Giants announced that they have made eight roster moves on Wednesday, including activating DL Dexter Lawrence on the COVID-19 list, per Dan Salomone. 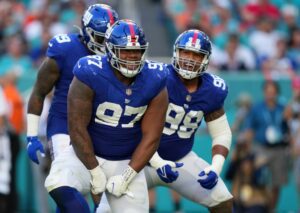 Lawrence, 21, was a first-team All-American and first-team All-ACC recipient his final year of college. He was drafted No. 17 overall by the Giants in 2019 out of Clemson.

In 2021, Lawrence has appeared in 15 games for the Giants and recorded 49 total tackles, 2.5 sacks, one forced fumble and two pass deflections. Pro Football Focus has him rated as the No. 33 interior defender out of 129 qualifying players.