Jeremy Fowler reports that the Giants are expected to interview defensive coordinator Patrick Graham for their head coaching vacancy. 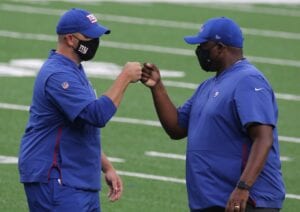 Here’s the updated list of candidates for the Giants: