Jordan Schultz is reporting that the Giants have put a “high priority” on signing free agent CB Adoree’ Jackson. 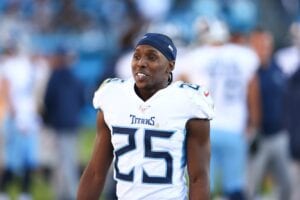 Schultz mentions that Giants DBs Jabrill Peppers and Darnay Holmes are both recruiting Jackson to join them in New York.

Beyond that, Schultz notes that the Giants negotiated a low year-one cap figure for them to add more players.

Jordan Raanan considers New York to be the favorites to sign Jackson.

Jackson is visiting with the Giants and is scheduled to meet Monday with them before traveling to Philadelphia to meet with the Eagles.

Mike Jones reported that the Rams, Chiefs, Raiders and Cardinals have all expressed interest in Jackson.