The New York Giants are placing CB Madre Harper on injured reserve Friday with a minor knee injury, according to Jordan Raanan. 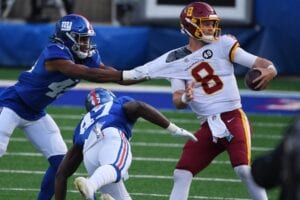 Harper, 23, signed with the Raiders as an undrafted free agent out of Southern Illinois this past May. Las Vegas waived him coming out of camp but re-signed him to the practice squad.

The Giants later signed Harper to their active roster.

In 2020, Harper has appeared in nine games for the Giants and recorded five tackles and a fumble recovery.